TODAY I LEARNED: Janis Joplin left $2,500 in her will for her friends to “have a ball after I’m gone.”

I know it’s been a few days since it happened, but the trip to Chattanooga was SO MUCH FUN! We went to so many places and saw so many people and things. Let me give just a bit more detail…

Ruby Falls…oh, where do I begin? So, for those who don’t know, Ruby Falls is located in Chattanooga, Tennessee. It’s a cave that leads to a magnificent underground waterfall. To get there and back, it takes about an hour and a few minutes. When I realized that Ruby Falls was 1,120 feet beneath the mountain’s surface…I panicked a bit.

I’m not afraid of heights; in fact I thoroughly enjoy heights. But apparently I have a deep fear of being underground. The elevator ride on the way down was horrible. In all honesty, there’s nothing terrible about it, sensibly. I just have a fear of elevators…that go over 200 feet underground. Once we reach the bottom, they let us off and we venture into the cave. The top of the cave was so close to my head, and I was close to an anxiety attack. After some talking, breathing, and reassurance, I was good to go.

Once we started walking through the caves, most of my fears faded away. It was beautiful. The rock formations were so interesting and formed over millions of years.

The little streams of water that ran through were beautiful and the colorful lights that they have displayed everywhere makes for an amazing experience. 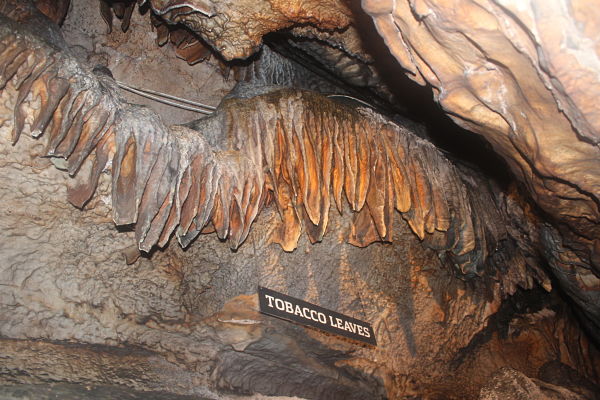 But the absolute best part was when we made it to the falls. The waterfall is 145 feet high! There were lights, music, and the moment was breathtaking for me.

I loved it. I truly loved it. It was entirely worth the anxiety before and after the elevator ride. I won’t lie though…it felt amazing to be back up top! We walked to the top of the tower and then finished our day off with some thrift stores.This experience was one of my favorites because I pushed myself to do something I was terribly afraid of. Granted, it wasn’t Everest or something that grand of a scale, but knowing I pushed past one of my worst fears really feels amazing! It’s something I wasn’t sure I would be able to do but honestly, I did it. We did it. I’ll be posting my own pictures on Facebook here soon, so keep an eye out! Here’s to more trips and more adventures!